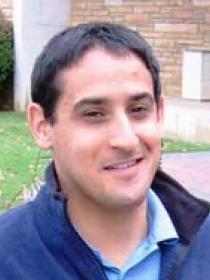 This website is intended to showcase the writings of Jeremy Kuzmarov, an author of four books on U.S. foreign policy and social critic. He hopes that people will read his writings and learn something from them and that they can help them to broaden their worldview, and raise awareness about various societal issues and injustices.

Kuzmarov has taught at numerous universities and colleges in the field of U.S. history and foreign relations. He has undertaken extensive specialized research on the following topics:

—  Covert dimensions of U.S. foreign policy
—  The War on Drugs
—  U.S. policing and prisons and the internationalization of U.S. criminal justice
—  U.S. airpower and its human cost
—  American military base networks
—  The false manipulations of the public in selling American wars, among other topics.

Kuzmarov has contributed to many progressive publications like The Progressive Magazine, Counterpunch, the LA Progressive, the Huffington Post, Z Magazine, Z Net and has appeared in various media outlets, including on radio and television programs.  He is also a contributor to a peace website, developed by historian Roger Peace, that provides comprehensive overviews of major U.S. wars and assesses them from a just war perspective. Kuzmarov has been active in local peace groups, and is a board member of the Tulsa Peace fellowship, a friend of the Asia-Pacific Journal, and on the Steering committee for Historians for Peace and Democracy. He is also part of a network, headquartered at the University of Exeter, that studies colonial history and counterinsurgencies in comparative perspective.

Many of his articles appear online.  Below is an example of one of them.  To read the others, go to the Online Articles page.

Remember the Oath of the Elbe

In addition, an extensive list of his articles appears on Muck Rack.

Kuzmarov can be reached at jkuzmarov2@gmail.com  and is available for media interviews or public lectures upon request, and is happy to assist other researchers and students. You can also complete the form on the Contact Info page and he will get back to you as soon as he can.